Summit All Access Pass And Get Additional Gifts & Surprises

You Will Be So Glad You Did! 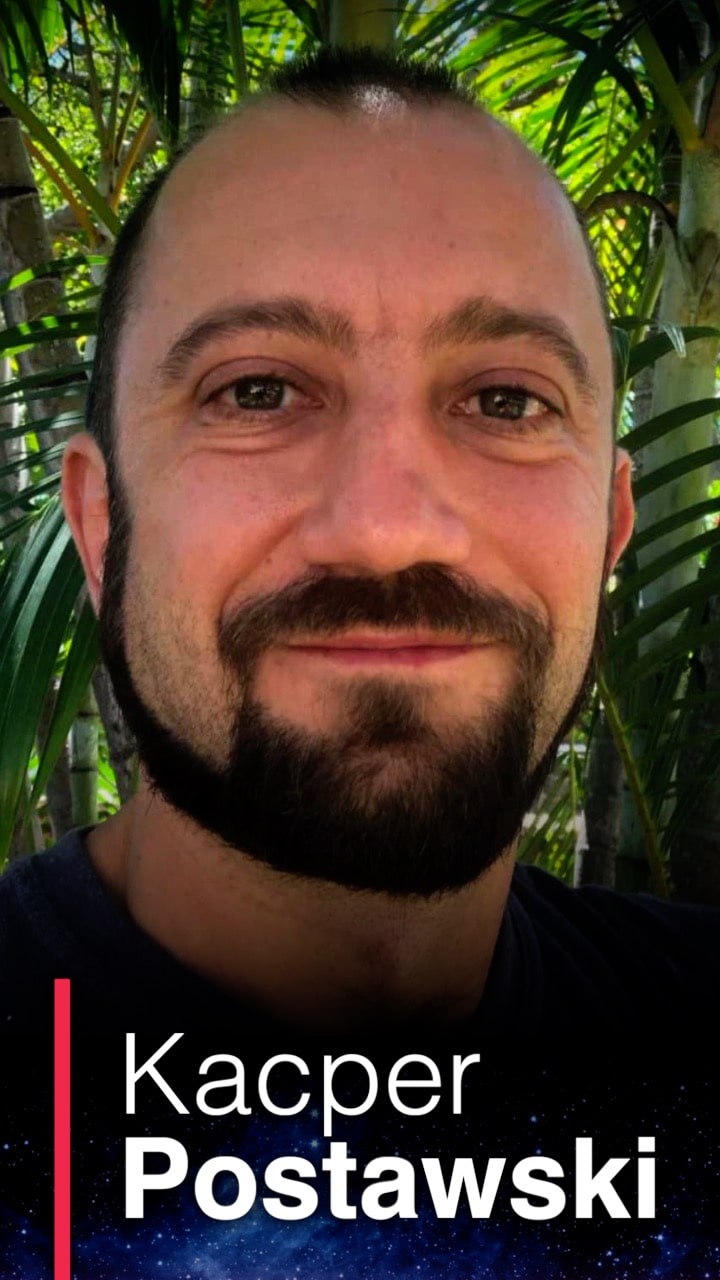 Kacper is a serial entrepreneur who has done more different kinds of things in his life than you can imagine. He has a passion for sharing with people breakthroughs, disruptive ideas and technologies that have the potential to change paradigms and usher in a new era of peace and prosperity for humanity. Currently he's taken a radical turn in his life and is spear-heading "Sail the Stars," a crypto-powered, real life, Ocean Adventure Expedition that will circumnavigate the globe while inviting artists, leaders and visionaries to co-create wild, edge-of-your-seat content that will inspire people to follow their hearts, re-claim their sovereignty and reconnect with nature. 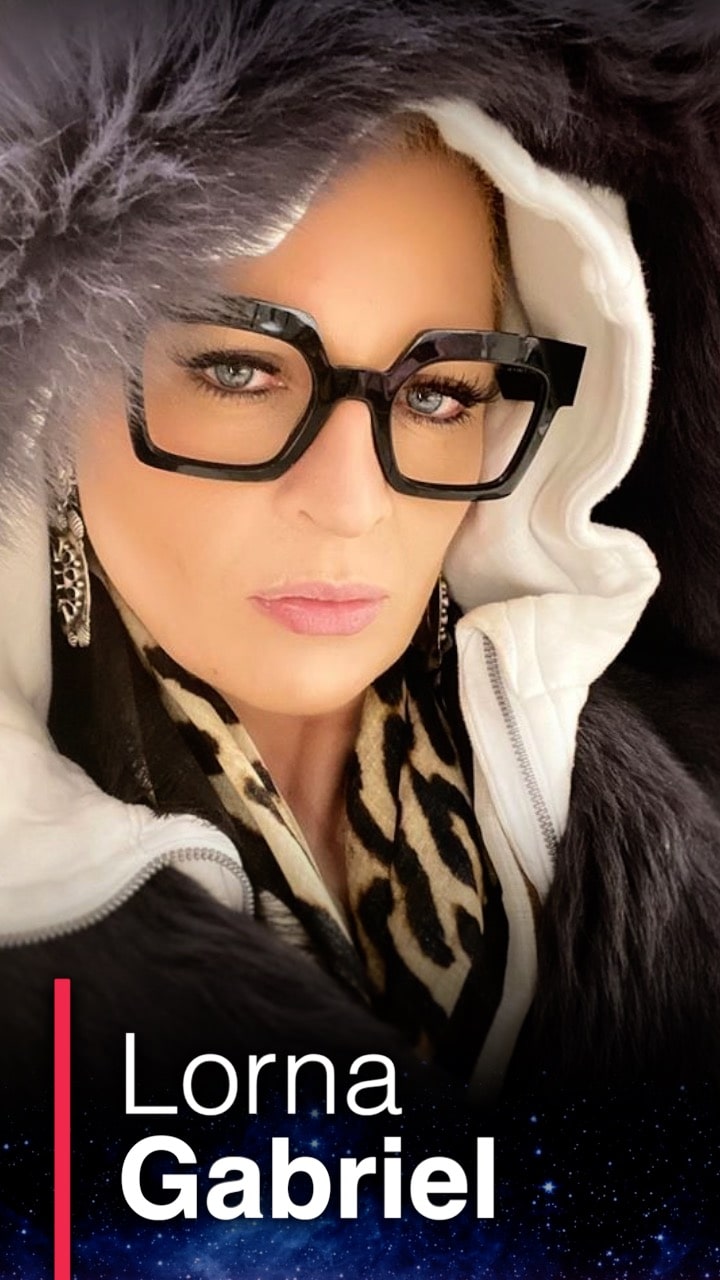 Lorna has been called "the next Tony Robbins," a “consciousness drug,” a miracle worker, and the God of Consciousness. She has assembled the world’s most advanced business, creative and spiritual geniuses into a Dark Dream Team that is shattering the paradigms of iconic branding, entrepreneurialism, metaphysics, consciousness, spiritual awakening, genius, creativity, and the new laws of manifestation that are the true source of financial, physical, mental and emotional success.

For twenty years Lorna has helped build and run multimillion dollar companies in corporate America, but the trajectory of her life changed after going through a spiritual breakdown. This resulted in finally launching and living out her life's purpose in the world: to teach visionaries and change makers how to harness the powers of a new kind of consciousness and achieve the unimaginable in all areas of life.

Lorna does this using the most powerful rapid transformation modality on the planet, which she invented to take herself from a broke, bipolar, suicidal and jobless single mom of 43, diagnosed with four mental illnesses, to CEO of a multimillion dollar consciousness consulting firm, without the aid of therapy or medication. She has taught this transformation modality to hundreds of others who have gone on to create true miracles in health, wealth and love. Lorna's modality has been hailed by renowned Jungian analysts, psychologists and spiritual mentors as "more powerful than those taught by the world’s leading personal transformation gurus," including Bob Proctor, John DeMartini and John Maxwell. 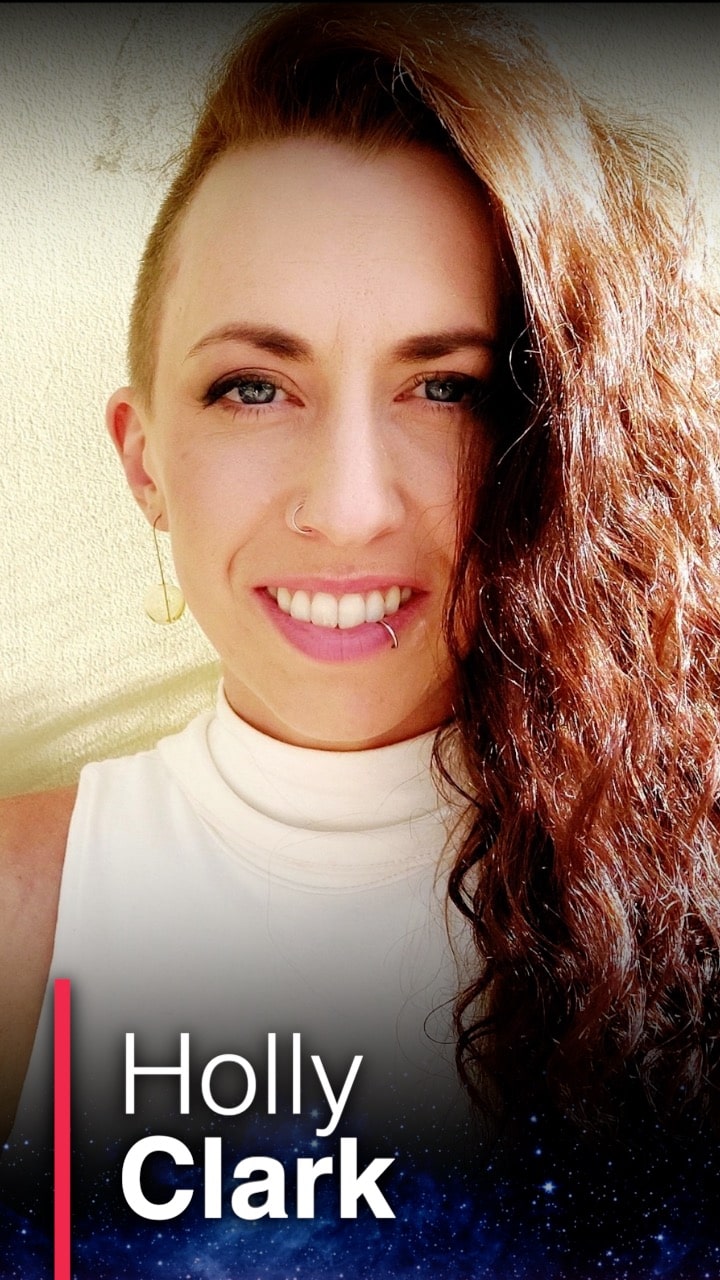 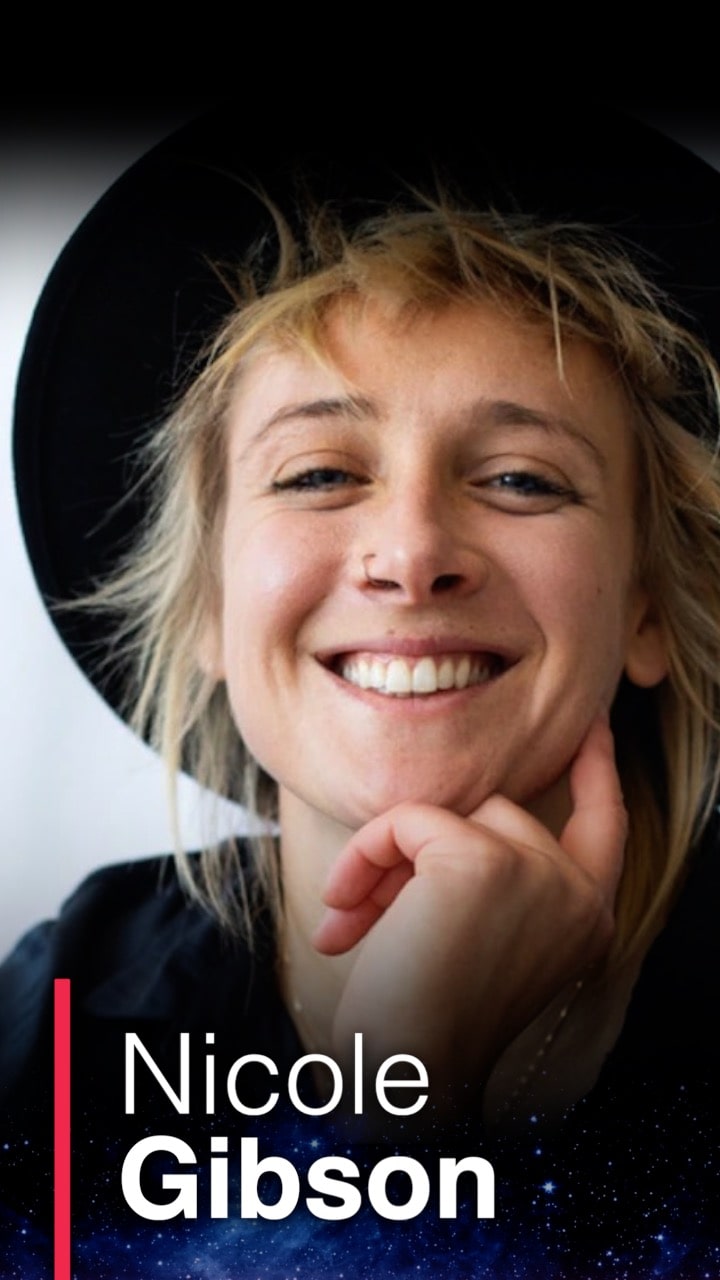 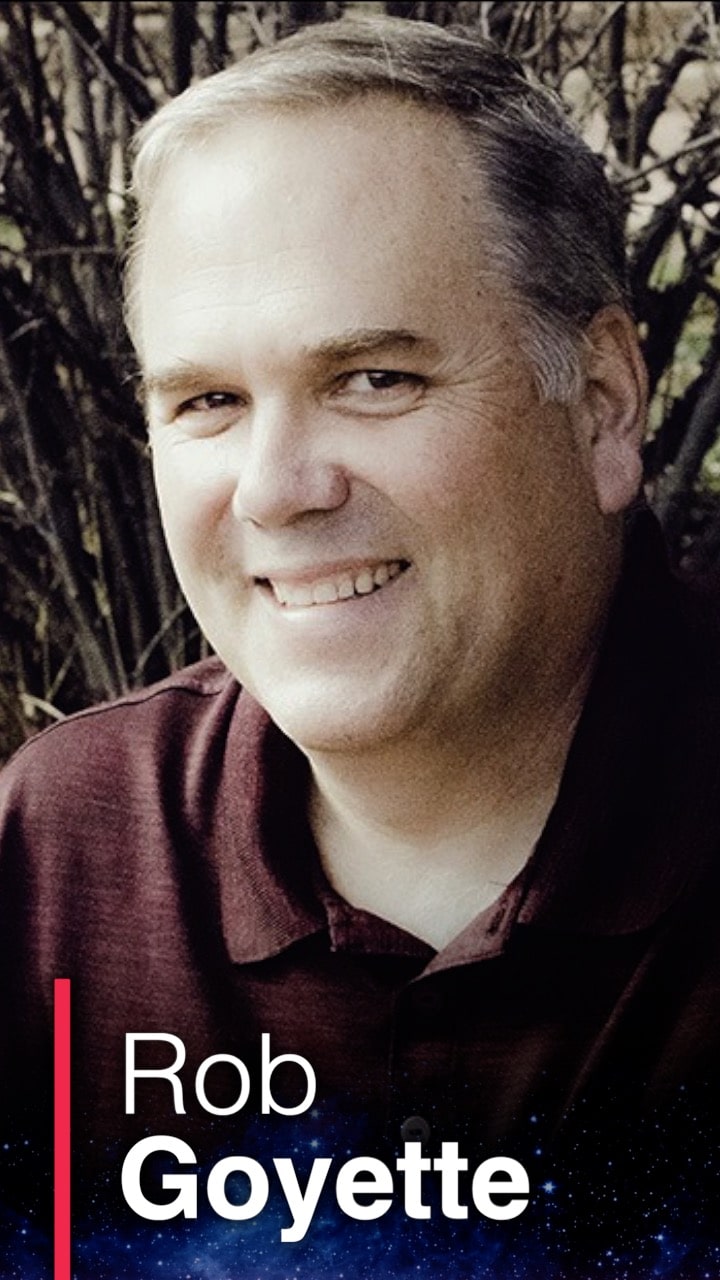 Considered by many to be "The Coach of Coaches," Rob Goyette has been serving the coaching community since 2007.  He has supported many of the leaders in the coaching profession as well as their coaches.

Rob's specific expertise is in marketing and technology. His proprietary approach has transformed the bottom line of thousands of coaches and small business owners. 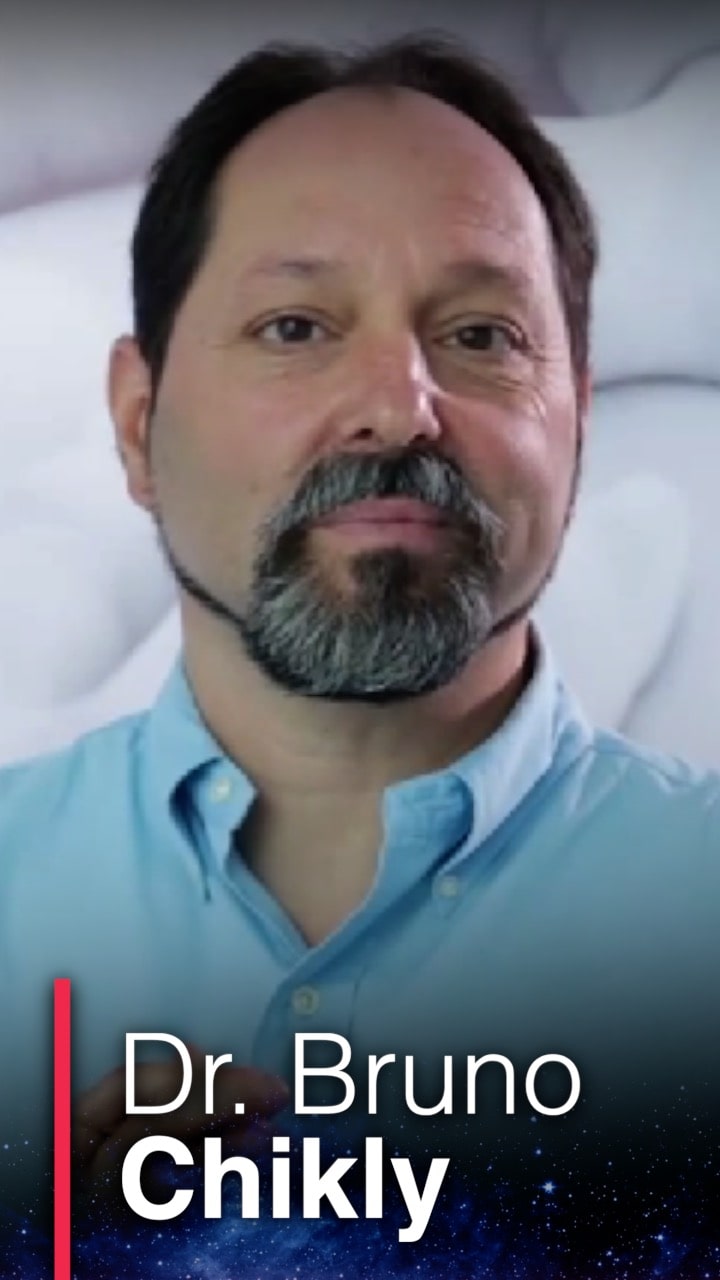 Dr. Chikly is an international seminar leader, lecturer, and writer. He has spoken to most North American professional medical and health-related groups and many lymphedema support groups. He lives in Ecuador with his wife and teaching partner, Alaya Chikly, LMT. 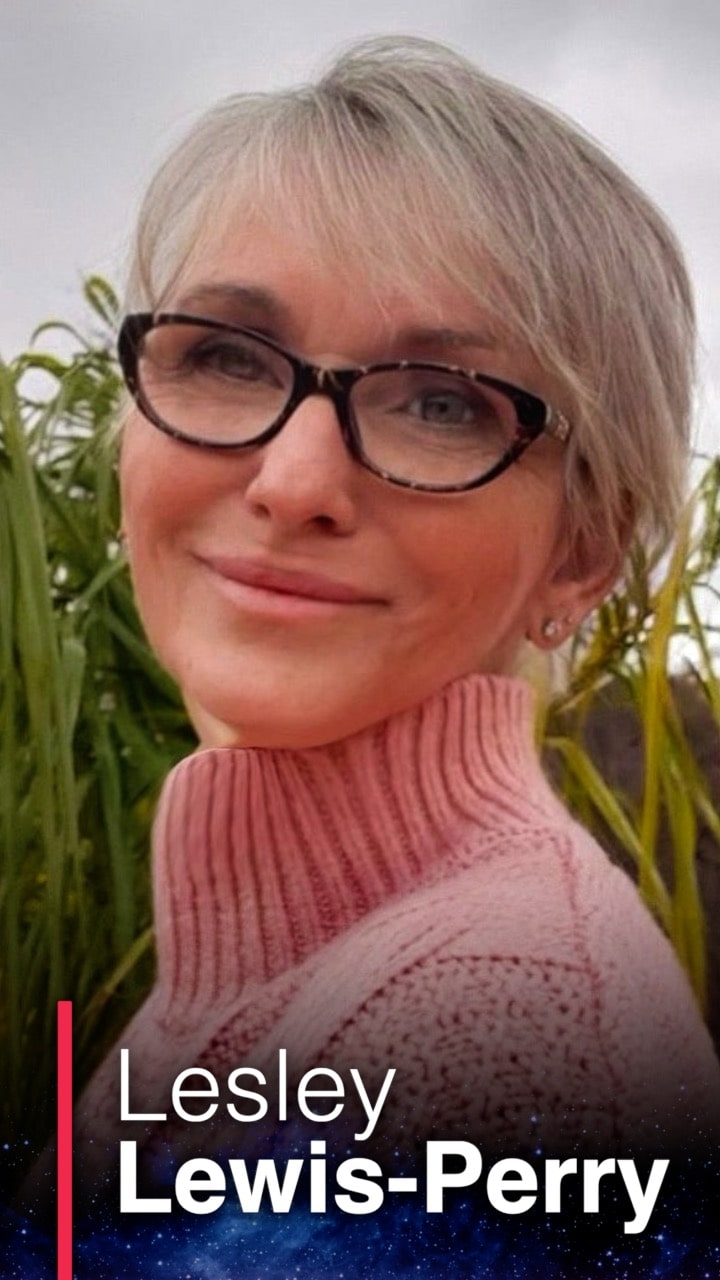 Lesley Lewis-Perry is the founder and creator of the Emotional Release Activation (ERA) technique which is a simple yet powerful technique that is designed to transmute all emotions into peace. Lesley and her thousands of students and clients consider ERA a revolution for rapid healing & transformation. 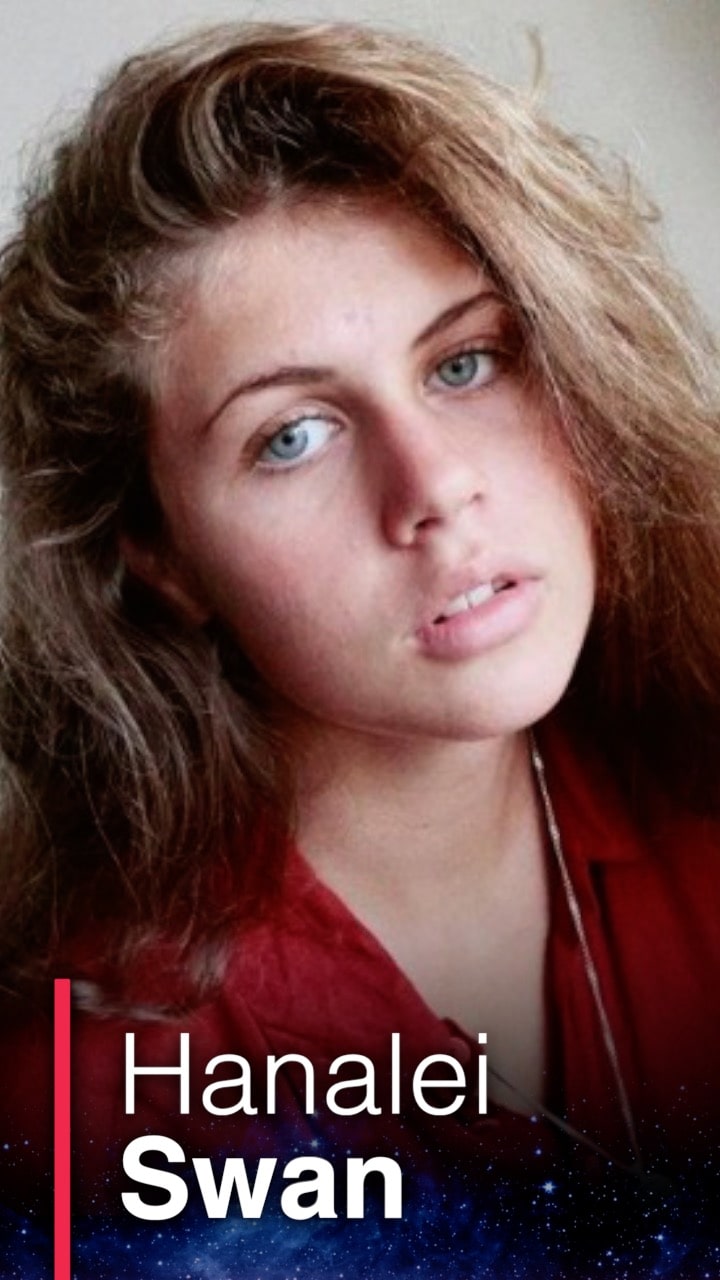 At the tender age of seven, Hanalei was asked the question, “What do you want to be now?”  She promptly decided to become a fashion designer. By the age of eleven  she had turned her $20 start-up business into a six figure success and began to use her business as a way of saving the environment and donating school uniforms to children in India.

Now at the age of 16, Hanalei Swan is an international keynote speaker, author, fashion designer and artist. She has written a book entitled, “How To Be And Raise an Unstoppable Kid,” and hosts workshops to help “unstoppable kids" find their passion and life purpose through art. 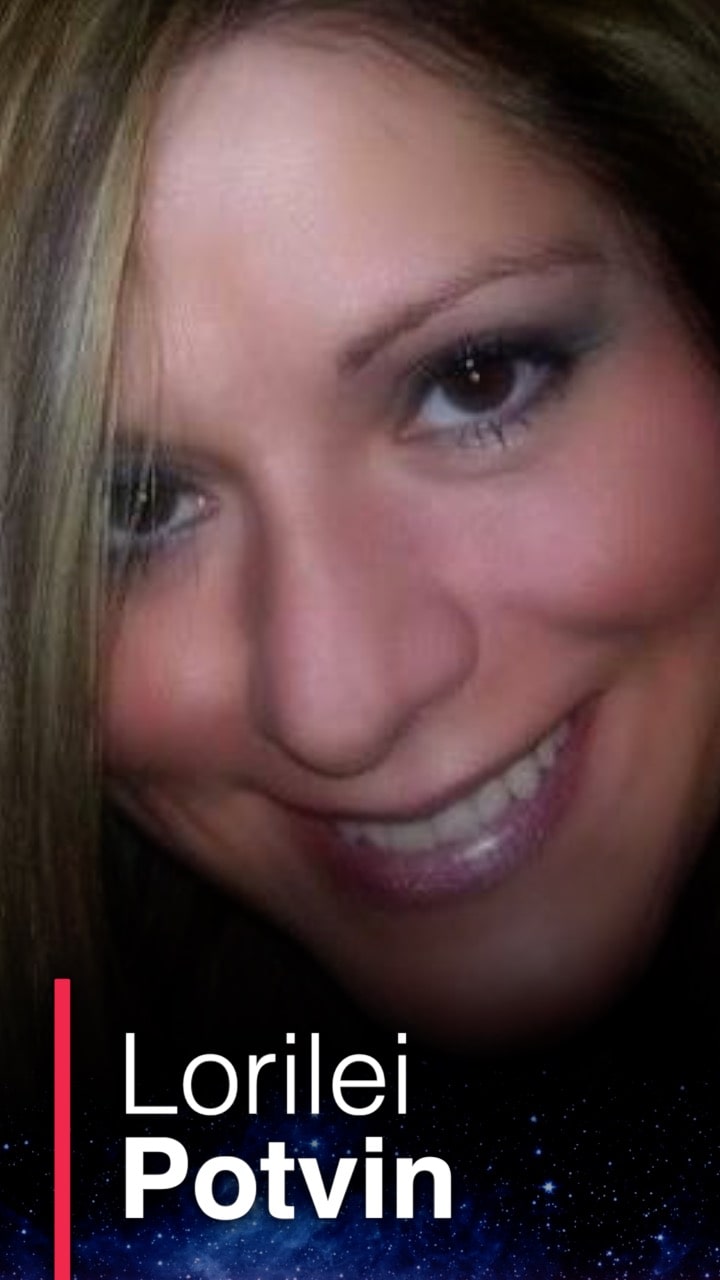 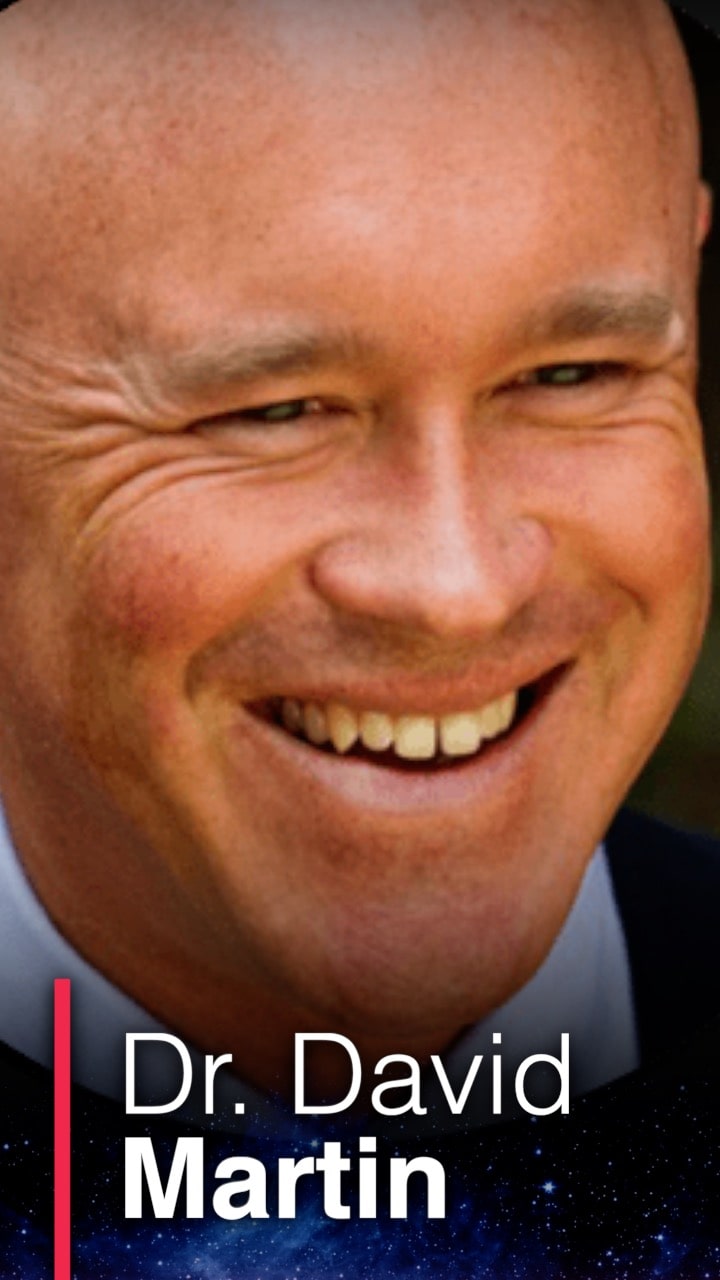 Creating real transformation from the inside out, David teaches people by his personal example how to be the difference that makes the difference. David’s secret of success globally is ‘The Wobble Effect.' The problem we see superficially is not the problem. He shows us how to identify the real issues and access our innate wisdom. 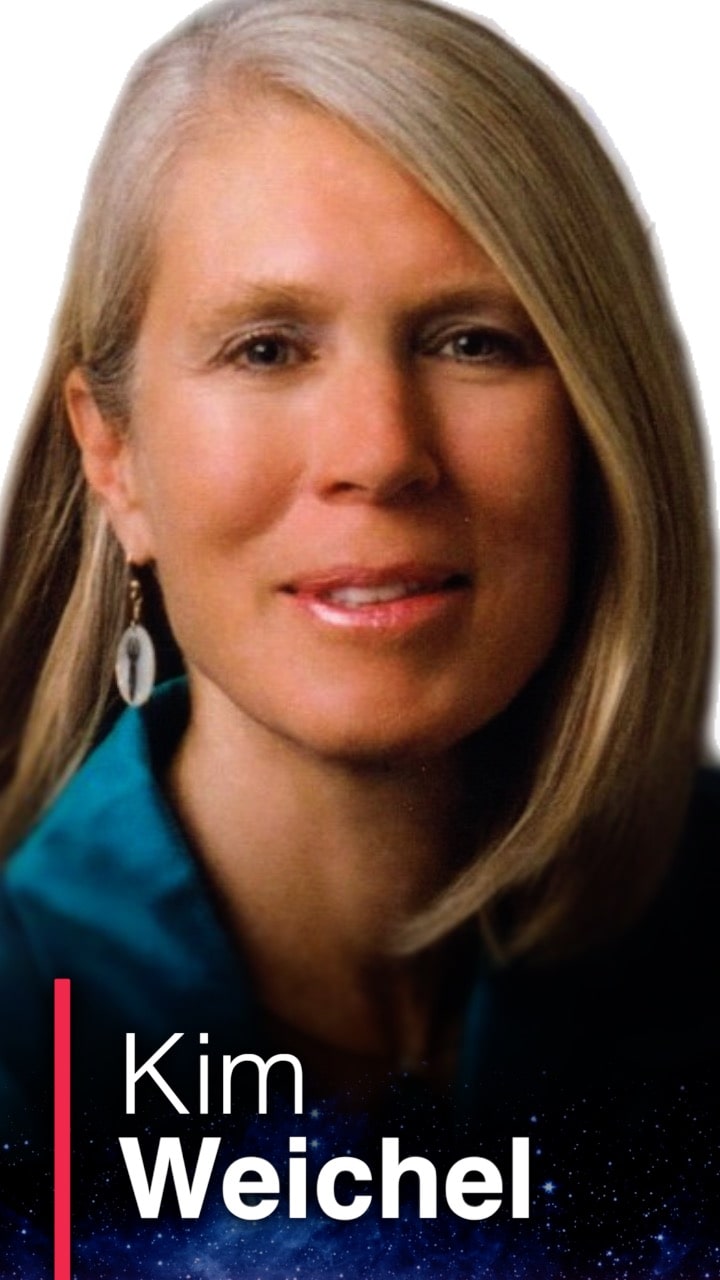 Kimberly Weichel is a social entrepreneur, women's leadership specialist, cross-cultural communicator, peacebuilder, author, and non-profit leader who has worked on the forefront of building bridges between cultures and peoples for over 30 years. She is a passionate advocate and champion for women’s and girls’ advancement and leadership, leading international NGO's that train and mentor women, advocate for policies & legislation to end violence against women, encourage women's active involvement in peacebuilding and support women stepping into politics.

With her husband. Kim teaches at the Lifelong Learning Institute at American University. She is a Senior Advisor to the International Youth Peace Forum that mentors young people to establish peacebuilding projects in their countries, and is an Ambassador for the new Every Woman Global Treaty to end violence against women. She completed her B.A. and Masters’ degrees from the University of Cape Town, South Africa, and was awarded fellowships to Europe and Asia, including a Rotary Peace Fellowship to Bangkok. 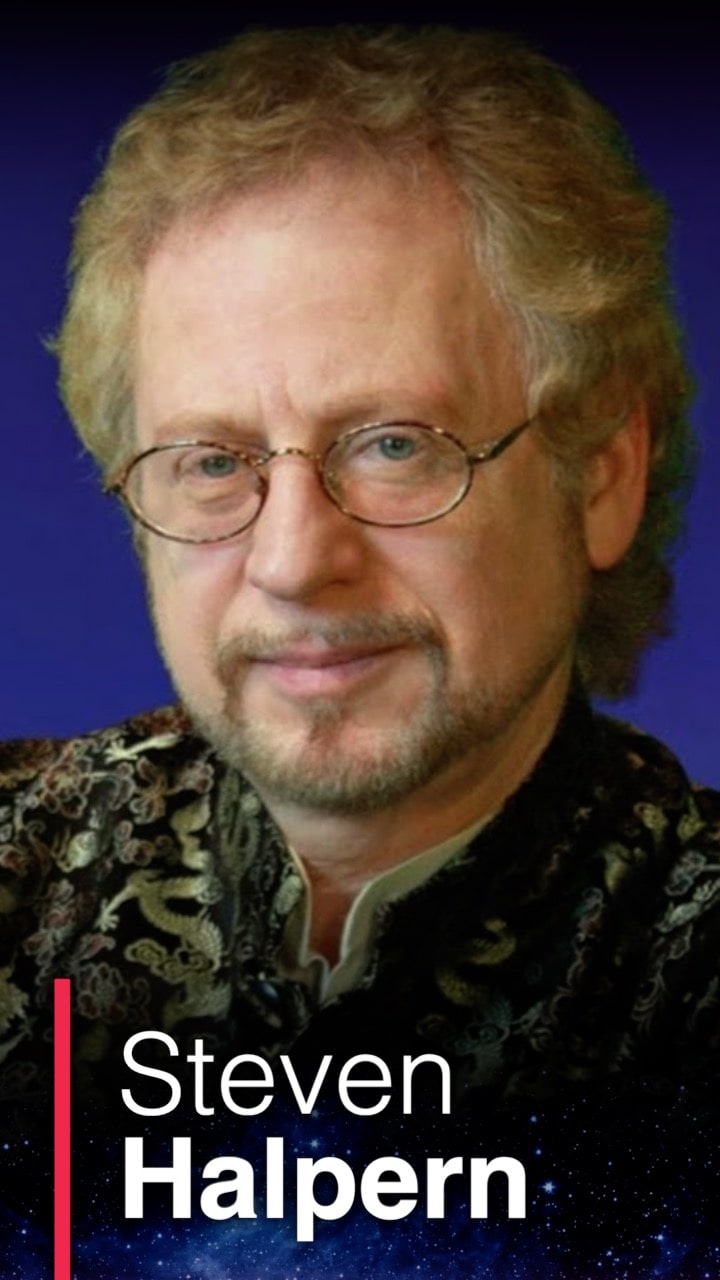 Steven Halpern is a Grammy nominated, multi-platinum-selling recording artist, composer, producer and pioneer in sound healing. Steven is a founding father of New Age music, and introduced the field of sound healing to professionals in the alternative/holistic medicine field as well as to the general public. 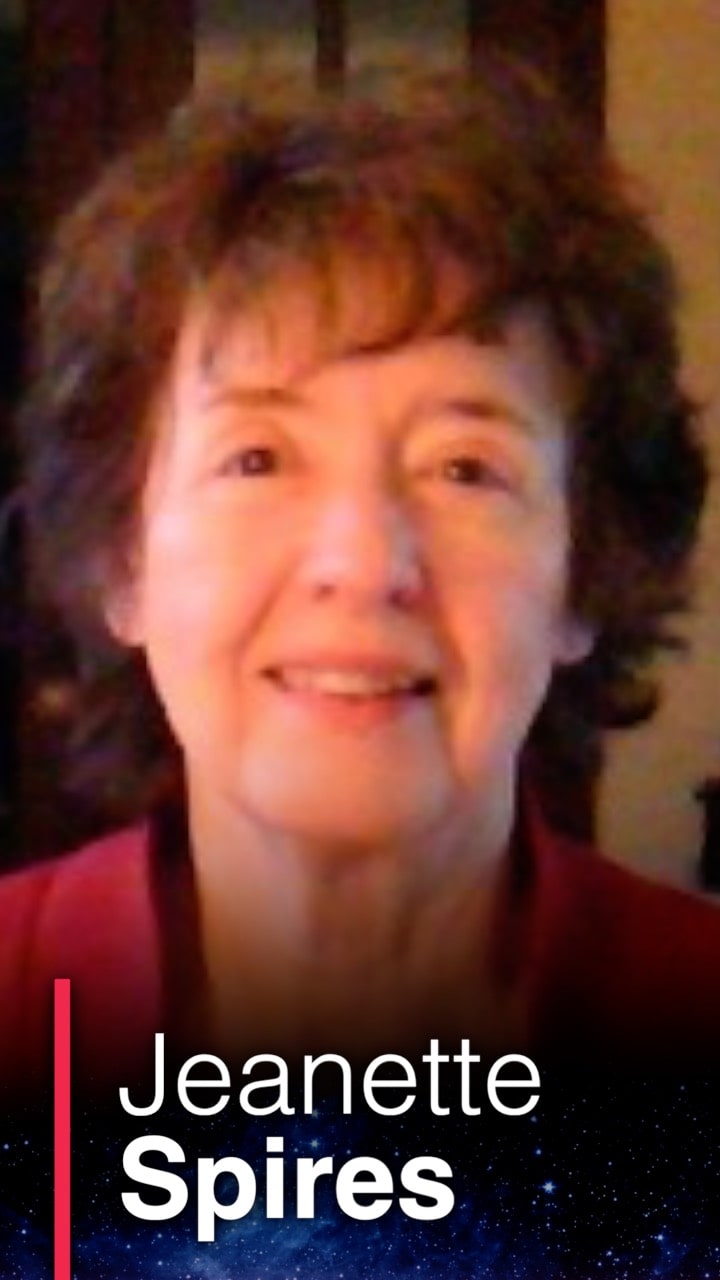 Jeanette Spires is a veteran therapist who has been in private practice since 1981.  In addition to training in counseling, she is a nationally certified school psychologist (NCSP) with a second Master’s degree in School Psychology. She has worked for decades with Children’s Oncology Services Education Fund as a college counselor for cancer survivors and served on the international board of SAGE, Studies Abroad in Global Education. Jeanette also served as a Commissioner for AICEP, the American Institute of Certified Educational Planners, and earned the Certified Educational Planner designation, CEP. Jeanette is also on the board of the Small Boarding Schools Association.

© 2021 Finding and Fulfilling Your Life's Purpose Summit is curated by Center For New National Security.